What is haemochromatosis
Association Details

Want to learn more, please send us your details: 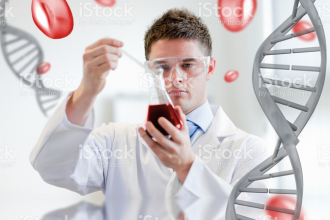 How
is it
treated? 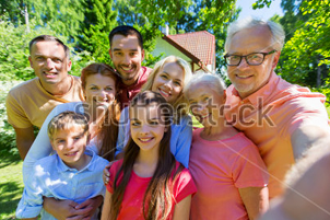 What are the signs?

Michael  who  comes from Killarney  now lives in Kildare with his wife and two children.

Originally he trained and worked as a teacher but has been an IT consultant for the last 20 years. He was diagnosed with Haemochromatosis (HH) in August 2008. He says it was a red letter day for him as he finally knew what was wrong with him! Over 20 years ago he played a lot of both football and hurling at his college in Cork. He would come home from school and have a nap before heading out to play another game.  He thinks that maybe the iron helped him at this stage but he does remember chronic tiredness in his early twenties.

As time moved on he lived abroad. The tiredness was always there. As he moved into his thirties he felt very lethargic and chronically fatigued. . He visited his GP who put him on iron tablets. After three years he started to develop soreness in his knuckles.  His dad had just been diagnosed with Haemochromatosis. His sister had also been tested and had HH. Michael who is from a family of ten then decided it was time for him to be tested and was very relieved to know that there was a reason for his symptoms. His iron levels were over a thousand.  He attends St James’s Hospital  for venesection and has  been very appreciative of the great treatment he has received  from  the  brilliant nurses.

The IHA appreciates the fact that Michael  highlighted the importance of early diagnosis in an interview on TV 3.  He also helps every year on the stands for the Annual Awareness Day

'I was diagnosed with Haemochromatosis in1990. I had been living in Brussels since 1973 where I worked with the European Commission. I will soon move from Brussels to Kilkenny to live.

My main symptom was chronic fatique. A wonderful English female doctor in Brussels pursued the matter, decided to test for Haemochromatosis and this diagnosis was eventually confirmed.

Hereditary Haemochromatosis (HH) is a commonly inherited disorder where the body absorbs too much iron from the diet. The iron is then deposited in, and can ultimately damage, organs such as the liver, heart and pancreas. When a person has too much iron in their body they are said to have 'iron overload'.  Needless to say I had never heard of Haemochromatosis, let alone pronounce it - and there was no Internet or Google in those days!  A liver biopsy was carried out in a hospital in Leuven, the result was "idiopathic haemochromatosis without cirrhosis" My ferritin level was 1200 ng/ml which was sky high !  I had an enlarged liver and bronze pigmentation was pointed out.

Nowadays a blood test to check iron levels and a genetic test confirms a diagnosis of haemochromatosis (the gene which causes Haemochromatosis is known as the HFE gene and was was only identified in 1996).

I was apprehensive when told that the treatment involved having my blood taken regularly . I need not have been and I have had regular venesections roughly every two months without any problems.

I attend the day clinic in Erasme Hospital in Brussels. I follow a life maintenance to ensure my iron levels are at a safe level to keep me healthy. I have a yearly check up and blood analyses. Depending on my results (iron, ferritin, transferritin) I get a prescription for venesection either every 6 weeks or 8 weeks. Sometimes my blood pressure decreases a bit, but after a rest it returns to normal.

Because it is a hereditary condition, tests were carried out on my family. My brother and two of his daughters have Haemochromatosis.

I joined the Irish Haemochromatosis Association where Margaret Mullet has carried out trojan work to increase the Awareness of Haemochromatosis. Margaret and the Association have done a great job, constantly raising awareness throughout Ireland. They organize Awareness Days, information stands and support meetings in various towns and cities where they have specialist guest speakers, questions & answers etc.  They also organize a stand at the Irish National Ploughing Championships, and participate in the women’s mini marathon.  They generally keep members informed and up to date through their very informative Newsletters and their Annual General Meeting.

I was very happy to have been at one such Awareness Day in Kilkenny last November where Professor Dr Gary Courtney and nurses Pauline, Linda, Noreen & Angela from the Hepathology Unit at St Luke’s Hospital gave an excellent presentation. Dr Courtney gave a very clear and comprehensive overview of Haemochromatosis.

My husband and I have bought a house in Kilkenny and we will soon move there to live. I will continue my treatment in St Luke’s and I was very reassured by the doctor and nurses when they outlined the local monitoring and care facilities for Haemochromatosis treatment. 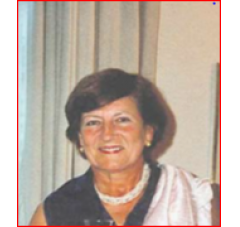 SHOUT IT FROM THE MOUNTAINS

‘Last year, I was diagnosed with Haemochromatosis.  I was 59 at the time and for the previous five years, I had been on medication for gout, pseudo gout, high cholesterol and eventually, rheumatoid arthritis. Because of these conditions and the high level of medication I was on, my blood levels were routinely   monitored   over the years.

Early last year, my GP, who was concerned at the results of recent blood tests, asked specifically that my iron levels be checked.

My ferritin level came back as 1400, whereas the normal level in men ranges from 30-300.  The percentage transferrin saturation level was then checked and this level was also raised. Because both levels were raised, the doctor suspected that I had Haemochromatosis. This was confirmed by a genetic test.

Haemochromatosis is a hereditary disorder and to have it, I would have inherited a faulty gene from each of my parents. I was shocked that now, aged 60, I had this new ’ailment’.  Considering I was a blood donor with over 169 donations, I would have thought that such a blood disorder would have been diagnosed earlier on in my life. The Blood Transfusion Board refused to take my blood because there was too much iron in it. [However, the IBTS will now take your blood in their clinics in Dublin and Cork, provided that the ferritin is below 600. It is hoped that over the next year, this will happen nationwide.]

The treatment for Haemochromatosis is venesection/ phlebotomy or, in everyday language, having a pint of blood removed. This is done every week until the Ferritin levels in the body are restored to normal. After that, one is in maintenance and blood is usually taken three or four times in the year.

I was encouraged by my GP to inform close relatives. My two brothers only inherited one faulty gene each, so they were carriers but my sister who inherited a gene from both parents was also diagnosed with Haemochromatosis a number of months ago.

After my diagnosis, two major concerns were at the forefront of my mind.  Firstly, I was anxious to get my Ferritin levels to safe limits. This proved more complicated and frustrating than one would have expected. If I went public, the waiting list was unknown. I decided to go private and was seen straight away by an excellent consultant in the Mater hospital. It took approximately 4 months, post diagnosis, before regular venesection took place.

The other major and real concern was how much damage had been done to my body because of the high concentration of Ferritin in my body over my lifetime.

I was sent for an ultrasound on my abdomen region and a fibroscan on my liver. Fortunately, both came back fine. No damage had been done to my liver or other vital organs. The reason that no apparent damage was done was put down to the fact that I had donated so much blood over the years.
.
I feel very lucky that I found out. My dad suffered from terrible abdomen pains all his adult life. He was only 58 when he died in 1982, after having two major operations in the space of four days on his stomach. The gene for Haemochromatosis was only discovered in 1996. My father always had a high colour and I believe now that he had undiagnosed Haemochromatosis. His father died in 1950, aged only 57, with heart muscle issues and I believe Haemochromatosis was an issue in his early demise.

So far, in my own family, my wife found out she has one gene, so she is a carrier. Two of my thre children are carriers. The third will be getting tested soon.

I feel strongly that people who know that they have the condition have a moral imperative to be proactive in creating awareness of the condition. As I said earlier, we are the lucky ones, we know we have it and it is very treatable. Shout it from the mountain tops if you have to. 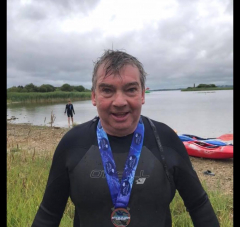